Never Say No To Panda 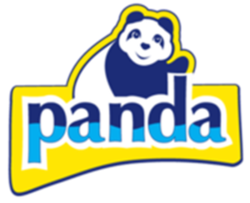 Never Say No To Panda is a 2010 TV advertising campaign featuring an anthropomorphic, sociopathic panda for Panda Cheese. Panda Cheese is a brand of cheese manufactured in Egypt by The Arab Dairy Products Company. 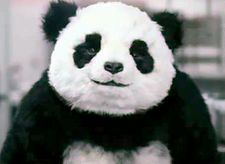 "You'll buy Panda Cheese if you know what's good for you."

In each advertisement, someone would turn down an offer of Panda Cheese. The panda then silently appears nearby. In the background plays the opening lines of the Buddy Holly & The Picks version of True Love Ways ("Just you know why....") whilst the panda stares without moving. After a few moments, the panda suddenly lashes out violently. For example:

There is also a variation on the advertisement in the supermarket; the boy asks if they should get some Panda Cheese and he and his father suddenly find the panda standing in front of their grocery cart The father has the boy get a package of cheese, but the panda continues to stare menacingly so he gets a second one as well. The panda then lets them peacefully go about their business.

The "Don't Say No To Panda" campaign was created by Advantage Marketing and Advertising.[1]

At the 2011 Dubai Lynx International Festival of Creativity, the commercials won two gold and two bronze awards in the Film category,[2] and a gold in the Promo & Activation category.[3]