From WikiFur, the furry encyclopedia.
Jump to: navigation, search
Community > People > Near

David at a cat café in Tokyo in 2018. Photo via USA TODAY/Yahoo! News 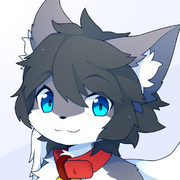 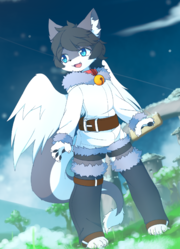 Being non-binary, near identified themself as they/them, with a INTJ-T personality, preferring to keep to their own spaces, generally not reaching out first to others, and mostly working on projects by themself (although working at their best with friends around).[2]

near was a C++ programmer with 23 years of experience whose specialty was reverse engineering hardware and software. They were best known for creating the bsnes and higan video game emulators, and producing Japanese-to-English video game fan translations. They were also active in music and writing internet communities.

They had made fan translations for Dragon Quest V and Der Langrisser, and had collaborated with other translators for their projects, including Clyde "Tomato" Mandelin's translation of Mother 3.

Prior to their passing, they were working on a fan translation for the Super Famicom tactical role-playing game Bahamut Lagoon, the main character of which is where their former screen name came from, in collaboration with Tom (RetroTranslator), who had previously done translation work for the fan translation group DDSTranslation.

near passed away on June 27, 2021, [3][4] from an apparent suicide[5] due to the constant bullying and harassment they had received by users on Kiwi Farms,[6] an American Internet forum dedicated to the discussion of online figures and communities it deems "lolcows" ("people who can be 'milked for laughs'.").

On their last social post, near made the point that, as of late, Kiwi Farms had upped the ante:

near would take their own life after this post.