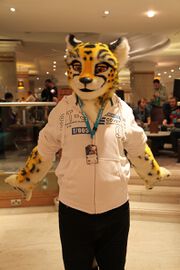 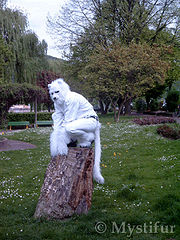 He is involved in several departments as a senior staff member (see blow), most notably, director of the fursuit team and host of "Stage-Fever", the currently discontinued fursuit show.