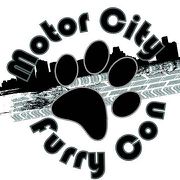 With the discontinuation of Furry Connection North in 2013, MCFC was envisaged as stepping in with the "Same time and hotel as FCN".[1] As such, the convention was scheduled to first take place over April 11-13, 2014,[2] at the Sheraton Detroit Novi. The Motor City Furry Con FAQ stated

Motor City Furry Con is held at the Ann Arbor Marriott Ypsilanti at Eagle Crest in Ypsilanti, MI. Historically, has moved to the Last weekend in March. The next convention will be held on March 24-26, 2023.

Membership is open to anyone 18 years and older.[3]