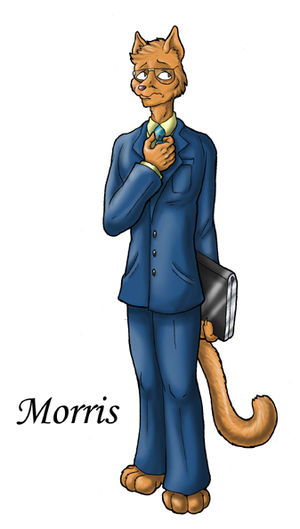 Morris is the assistant to Leo on the superhero team Zodiac and an employee of the New Dawn Corporation.

Morris would have loved to continue his career from the comforting gray walls of his cubicle, crunching numbers and filing paperwork but fate had other plans for him. In one of the company's trademark strange moves, he was promoted to head of resources for the new super team of Zodiac. Now he lives in constant fear of the inevitable excitement that comes with the job.

Some would find Morris' job a fantastic adventure but not he. Morris knows that a super's life is full of danger that extends to those around them. His only method of dealing with the stress of what he feels is impending doom is the occasional awful pun he slips in around his new boss Leo.