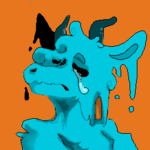 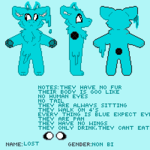 MentalLost (born 3 July 2002), is an American animator that does commissions on pixilart and Da

Mentally Lost spends much of her time doing animations, commission, and request. She was a past member in the furry fandom[clarify] and has left on February 22, 2019. She also a Roleplayer and loves Undertale.

She says she is thinking about joining the scalie fandom.[clarify] She runs a Discord server and a YouTube channel to "try and boost sales" for her artwork. She announced on an old youtube video (before it was removed), her departure from the furry fandom in a criticism of the fandom's current identity, accusing it of being a safe haven for Illegal acts,[citation needed] and a way for others to bully artist.[citation needed]

People have also called her out for talking to Samael and being friends with him.[clarify][citation needed] She replies as saying "it's an annoying people judge who I talk to and who I make friends with".[citation needed] She also has been deleting, post, accounts, and photos of most info to try to calm down the drama and hide her past in the fandom. She notes to some of her friends she has ADHD and schizophrenia and tries to hide other illness she has by deleted post because she's scared of more drama.

Her fursona/persona is a "Monster that does not eat, have a tail, has no gender and no human eyes."