Maxis29 (born way back furever ago in 1988) is an avid furry, an IMVU professional developer and the founder and one of the administrators of IMVU Furry Forums.

The son of a U.S. Air Force contractor, Maxis29 first became a Furry in February of 2006 when he saw his first fox skin on IMVU. He created a fursona, an anthro fox with reddish-brown fur and blue eyes.

About the artist Maxis29 first joined IMVU on February 14, 2006. He had furry tendencies prior to coming to IMVU, but were mostly related to an anthro affinity and personal drawings/doodles. He quickly adapted his love of art and applied it to IMVU developing new items, clothes and skins for the IMVU community. In August of 2006, IMVU granted him Professional Developer status for quality and professional appearance in the products he made. In February 2007, Maxis29 began developing 3-D meshes for developing the 3-D world of IMVU. Though not the first to develop a 3-D mesh furry head, Maxis29 created a new design to be more aesthetically adaptable and appealing to the furry community. 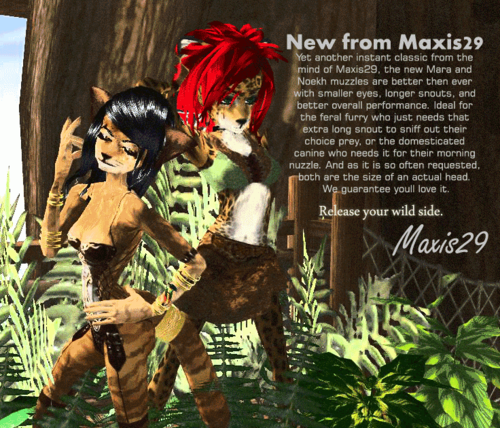 Furry anthro head advert made for some of his latest heads on IMVU.

For a long time in the IMVU community, there had been furries like in most communities, except they were scattered and separated. Maxis29 got the idea to create a universal furry forum and took the initiative to use his Professional Developer resources to help out the furries in the IMVU community. In November of 2006 he created the The Furry Forums, a PHP based message board where furries could post and keep in touch with other furries that lived within the IMVU community. In January 2007, Furry Forums opened up its first IRC chat (#furry_forum_chat) on a private server. Standing at 600+ furry members, the IRC chat was initiated for use in conjunction with IMVU for more members to attend a single group chat, since IMVU had a visitor limit per room and was memory intensive. 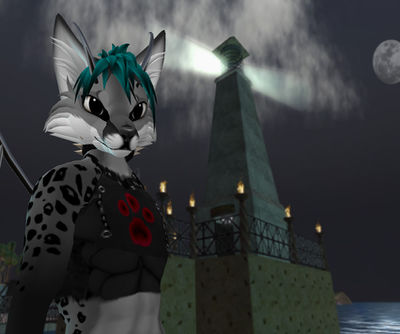 This is Maxis29 in front of the lighthouse at the city of Rapture in secondlife.

When asked if there was anything he wanted to say for his wikifur article, he responded:

"I am only one furson. I am not nearly as impressive as some of the fursons out there, the ones who helped me build up the site into what it is today. I honestly dont know what I've done to deserve so many good friends while being able to make a living doing what I love. I try to meet each day with a fresh perspective and open mind, and firmly believe that you get as much as you give. I guess that's why I am never afraid to give so much of myself to people. I believe in karma i guess ^.^"

Maxis has since currently moved on to greener pastures in the Secondlife chat program, where he works on honing his building skills before attempting his next project, a underwater city based off the city of Rapture from Bioshock. It lasted another 2 years before . To see his adventures be