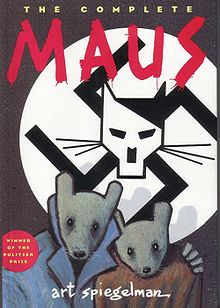 Maus is a Pulitzer Prize-winning comic of furry interest written and drawn by Art Spiegelman, telling his father's true story of surviving the Holocaust, in whereas human beings are portrayed as anthropomorphic characters.

There are two story arcs within Maus. Vladek Spiegelman's story of surviving the holocaust, and Art Spiegelman's present day story of his flawed relationship with his father.

Spiegelman used a tape recorder to capture most of his father's tale as he told it, but he also recorded and took note of events that occurred while he was trying to create Maus. Often there will be a present day scene ending with Art prompting his father to continue his story, at which point Vladek's story picks up where it was last left.

Animals used in the book Maus Volumes one and two[edit] 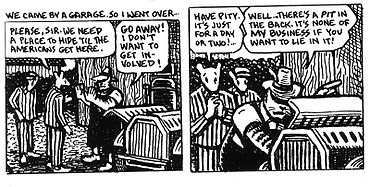