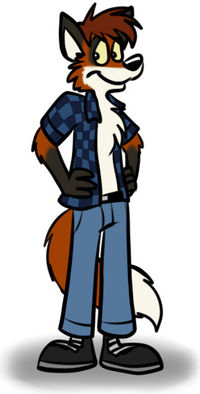 FreyFox has a degree in computer arts and a diploma in computer animation. Previously playing guitar or bass in several rock bands, he now works on his own as a multi-instrumentalist under the pseudonyms "KFox" and more recently "Subliminal Fuzz". Along with Ras-B he conceived five furry various artist compilation albums, Wildfire, Tsunami, Aftershock, Avalanche and Invasion.