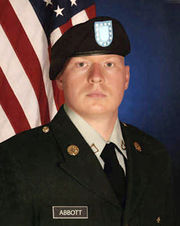 Margaras was a MILFur. He joined the Army in September, 2009,[3] and was assigned to Joint Base Lewis-McChord in August 2010. He was part of the 46th Air Support Battalion, 16th Combat Aviation Brigade, and had the rank of Specialist at the time of his death.

Margaras died when his car crashed into an old and empty guard shack at Joint Base Lewis-McChord, just before 5 a.m.[3][2]