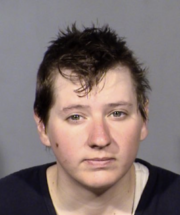 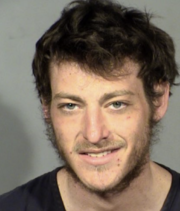 The LockJaw Arts murder was a murder which took place in Las Vegas, Nevada, USA, and involved Tonya R. Dillard and Jacob Berkovitz, two furries who collaborated under the label LockJaw Arts.[1]

In March 2020, Dillard and Berkovitz concocted a plan to post a dating ad on Craigslist[3] to lure a person, rob and kill whoever answered,[4] then take his car and go live in the woods.

Hector Mendez-Hernandez responded to the ad and picked up Dillard and Berkovitz on March 27. He then took them to his residence and once inside the home, Hector was robbed and then shot about 4 times, at least twice in the head, stabbed at least 25 times in the upper torso and beaten with a dumbbell by Berkovitz until his death in the bathroom.[5] At this time, Dillard was injured by the gunfire on her hand.[5]

A friend, Paige Ferguson, claimed Dillard contacted her and revealed that she and Berkovitz had killed and skinned a dog. When the friend called out Dillard’s disturbing behavior, Dillard allegedly responded:

Dillard then told her that they had committed the murder and sent a picture of the body,[7] indicating that they were planning to hide the body in California.[5] The friend contacted the Las Vegas Metropolitan Police Department, who investigated. Dillard and Berkowitz were seen leaving the house when authorities arrived at the scene and were taken into custody.[4]