Return to The End Crystals. 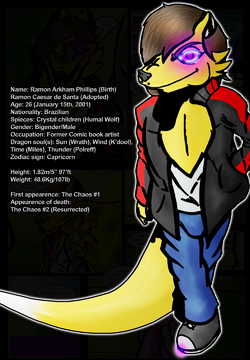 Ramon Phillips (Ramonmaster), is the Main protagonist of The End Crystals. Created by Ramonmaster.

The Chaos #2 - An Invincible Shadow (Resurrected).

Ramon is a former comic book artist, in which was unknown. He's the responsible for the event of Year 0 M.E, in which the entire world was destroyed by a nuclear bomb containing a crystal. Ramon met Golden during the war, as Golden was one of the few survivors, they joined forces to retrieve two nuclear bombs, one containing an ice shard and the other containing a life shard. They succeeded, which gave birth to a new era known as the MASTER ERA and giving and end to the DRAGON'S AGE.

Ramon was returning home with Golden when he met Darkness. Her brother, Dragon, "kills" her and persuades Ramon to come to the future to fight in a war threatening the destruction of all reality. Dragon takes Ramon and Golden to the year 2400 M.E, in which he meets Gonda. He's shortly after taken to a Dragon Church, in which he meets Darkness once again. She makes clear to him about the Crystal children, ten people who were born holding a Dragon God within them. They start to fight, and at the losing point, Ramon let Miles take control. But he still loses, resulting Mile's death.

He then woke up in the Dragon Sanctuary, he interrogates Miles due his odd behaviour and knowledge. Miles then shows Ramon the first time they've met, which Ramon doesn't remember. They then resurrects and return in a morgue. Ramon walks back to the castle, in which he meets Wivie, his ex-girlfriend. He then is called by an anonymous voice to see her in an Ice Castle.

Finding the castle, he meets Anonymous. She challenges him to a death-match so he can remember his past. During the battle Ramon starts to remember pieces, she reveals to him the power of the crystals he hunts and about Citro Nigma. Ramon then remembers the Great War from 876 C.E. He then leaves the Castle and bumps into his future self.

Ramon's fire is more than any fire. His fire is pure magma in both liquid and gas form, in which he can freely manipulate at will.

Shown in TC#5, his future self is able to use electricity power.

Shown in TC#5, his future self can access superspeed.

As shown in The Chaos #4, Ramon is able to predict someone's next line or move.

Ramon cannot only freeze time, Without practice he can only freeze time for a minute or so, but with charged soul he can achieve an eternity of frozen time. His time manipulation also allows him to time travel and move things between time and space. For example: He's fighting Minna, he wants to throw a car at her. He can easily create a warp portal which will pull the car from some time and transfer to the present time. He can also accelerate or decelerate time, for the whole world or for only certain areas.

Minna Arkham (Darkness as an Alias) is the main Antagonist of The Chaos. Created by Ramonmaster.

The Chaos #1 - The Man Who Killed Earth (Slight)

The Chaos #2 - An Invincible Shadow.

The Chaos #1 - The man who killed Earth (Resurrected).

Minna seeks the 24 crystals (Known as the End Crystals), she's first spotted by Ramon in the Dragon Church, in which they battled, where she revealed about the Crystal children and her Dragon Soul, Ice. She and Miles fought, but she won.

She meets once again with Ramon in the grassy fields around Crystown, starting a battle.

As shown in The Chaos #1, Minna can grow wings, just like any other Half-Dragon.

Once Dark joined the Darkness, she can now mix any magic with her Darkness, and cancel any Light Spells.

Minna can use her Dragon Soul (Ice;Cold) to manipulate and create ice at will. 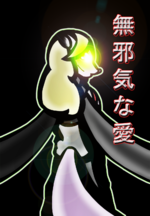 Wivie Mazum is a core ally in The End Crystals. Created by Ramonmaster. Also the Main Protagonist of The Trident of Atlantis.

Wivie was frozen for thousand of years by her father, she was unfrozen slightly before The Chaos.

Wivie sees Ramon once again after so long, and reveals to him her father was killed by Darkness, but Ramon ends up leaving her for a unknown contact. 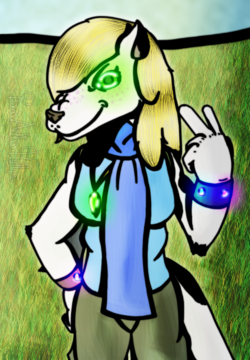 Heaven Arkham Phillips, is a core protagonist of The End Crystals. Created by Ramonmaster. 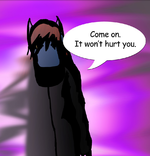 Dragon, as shown in The Man who Killed Earth (001)

Dragon is a core ally in The End Crystals. Created by Ramonmaster.

Dragon's Past is Unknown so far.

Dragon can manipulate water at will. 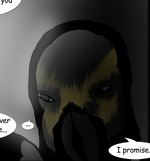 Golden del Vagas is a minor ally in The End Crystals. Created by Ramonmaster.

Golden was born in Brazil, his mother was a whore, and his father a teacher. His mother was often drunk, leading his parents to get divorced. But before he moved out with his father, his mother killed herself when he was 4.

When WW3 happened, Golden met Ramon. After they saved the World from this war, Ramon adopted Golden.

Just as any other Falcon, Golden can fly. 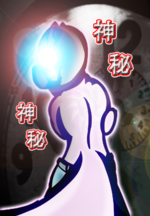 Miles (Alias; Time)is a core anti-hero in The End Crystals.

The Chaos #1 - The Man Who Killed Earth (Mentioned Only).

The Chaos #2 - An Invincible Shadow (Through Ramon).

As said by Ramon in The Chaos #1 - The Man who killed Earth, Miles is his Secondary Personality. It is unknown how Miles was created, but apparently Miles helped Ramon in a lot of decisions.

Ramon said on The Chaos #1 that Miles can see the future on the coffee. It is unknown if is true or not.

Miles cannot only freeze time. He can achieve an eternity of frozen time. His time manipulation also allows him to time travel and move things between time and space. 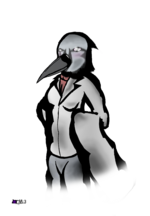 As Gonda said in An invincible Shadow, Gonda says that all of the birds were killed by Dark. And that she is the last one known to be alive.

As any other Bird, she can fly. 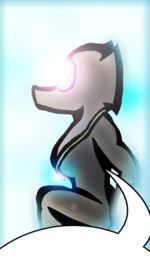 Anonymous is Minna Arkham's twin sister, which was thrown out of the Arkham family at birth. She is known as the "unknown child", the shame of the Arkham bloodline. She was one of the few people who witnessed Nigma's sacrifice to end the Great war millions of years ago.

Just like Minna, Anonymous can manipulate and create ice at will. 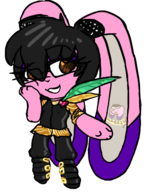 Sidra drawn by herself on Deviantart

Sidra is one of the Secondary characters of The End Crystals.

A GIF by Sidra herself as reference to Undertale's Temmies. 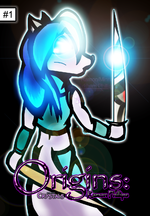 Tyna Stargazer (Mother; Alias) is one of the Secondary characters of The End Crystals.