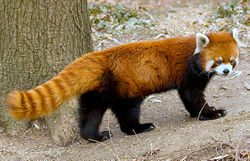 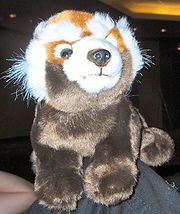 The red panda (Ailurus fulgens), also known as the lesser panda and red cat-bear, nicknamed the firefox, is a small arboreal mammal of the Ailuridae native to the eastern Himalayas and southwestern China.