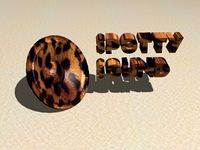 Leopard Radio — A Spotty Sound is a Russian furry radio that was founded by AMUR (a.k.a. LIVSI) on July 30, 2009. LIVSI based the radio's track list on his own music preferences. At first, the radio was only for his friends in the furry community.

During daytime, the radio plays 1980s — 2012s rock music, but at 22.00 (Moscow time) the music style changes to relaxing music and nature sounds. The radio station has a huge archive of music, including several rare or forgotten tracks.

Since March 2015, Leopard Radio has changed its priorities towards furry musicians' works, from all the world's furry community.