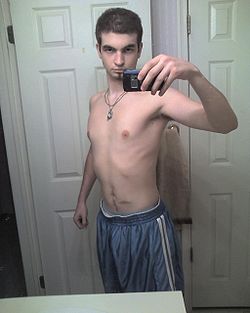 Kobura Shinja Cape, also known as Kobu, is a furry fan and one of the moderators at Furgasmic.com. Kobura has lived in Leigh Valley, Pennsylvania, USA and Columbia, South Carolina. He currently lives in Las Vegas, Nevada. On January 1st, 2014, Kobura was married after a short courtship, but maintains physical, social, and emotional independence.

Kobura was introduced to the furry fandom around 2004, when a search for a picture led him to an entirely new concept for him: furry. A respected friend, Vulpes Proeliator, guided him to Furgasmic. They later were both appointed forum moderators. In addition to the forum, he moderated the Furnet IRC chat, both furgasmic and furgasmicyiff, though neither channel boasts him as a member any longer.

He had since branched out on IRC, to regularly occupy channels as Fur Affinity as well, but withdrew from Furnet in general. In the past his presence has been identified on Anthrochat.

Kobura has become a fixture at FA:United, and since 2008 has been as formal a staff member as any. His duties include but are not limited to the direct control of FA:U's volunteer force he refers to as the "FA:Union," named such because of his support of the volunteers as a sort of 'union representative,' ensuring their enjoyment of the convention and tending to their needs often personally.

The fursona of Kobura was an idea that came from a dream and later took on a life of his own. A cobra-naga of sorts, he refers to himself as a "scaleblood" or a "coldkin". He is entirely black, with his body entirely scaly from snout to tail-tip.