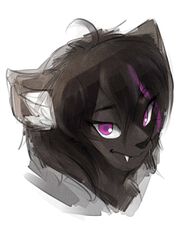 Kisa Kisaryu (also known as Kisa, real name Jonathan Tanyu; born June 27, 1988) is a furry artist and furry writer who lives in Cebu in the Philippines. He is mated to Keres Clawtooth. 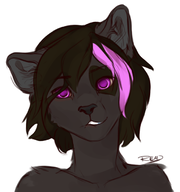 When Kisa joined the furry community, he started of as a white furry cat, and, later on, a hybrid of cat and fox which he called a cax. Whilst using this fursona. Later, Kis changed his fursona into his present one, a Wolcxan. But after a few months around the year 2010 as a Wolcxan, he started to miss his first ever fursona. So after a few days of deciding, he finally chose to return back as a feline cat.

Kisa Kisaryu's art is mostly composed of his own fursona and with his mate.

The main themes of his artworks are chibi, avatars, character poses, character sheets, and a very few yiff scenes.

Kisa choses his fur color to be black while his eyes is pink.

Reason why he choose a cat as his fursona[edit]

heir are dozens of reasons on why Kis finally choose to be a cat. One of the major reasons is that when he was still a kid, He has been attacked by a stray dog. Out of the blue, a cat suddenly jumps in and manage to rescue the young Kis. After such incident he started to like cats while at the same time started to hate dogs. As he grew older, he started to photograph cats and also started to learn on how to draw one. When he finally decided to join the furry community, he started of as a cat fursona. Later on, his hatred to canine dogs started to fade away as he began to like them again. 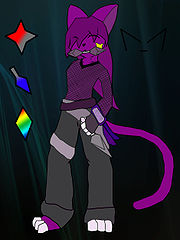 as he started to research about cats, he accidentally stumble upon the arts of a Ninja in which both almost relate to one another. the balance, the stealth and the keen sense of the cat is what a ninja has. Due because of this, his fursona also knows the art of the shinobi which he can use inner chi to bend the elements around him and stealthy ambush his friends and foes. 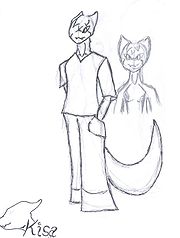 This is one of his previous fursona look which is a pink lizard.