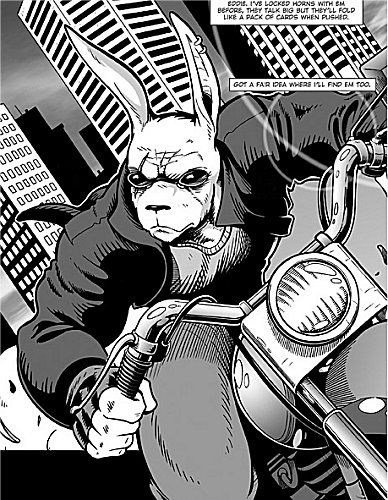 Killeroo is a violent, anthropomorphic kangaroo created by Darren Close. Killeroo was originally published in university magazine The Third Degree. The comic built in popularity and presently has two comic books published. Each story within the comic is done by a different artist. Artists include Evan Jacobson, Joe Sommariva, Danny McGillick, Jason Badower, Jason Paulos, Andie Tone, Aaron Shanahan and Damien Shanahan. The comic is rated mature for frequent use of language and violence; just about every story includes Killeroo getting into a fist fight with the human characters and beating them senseless.