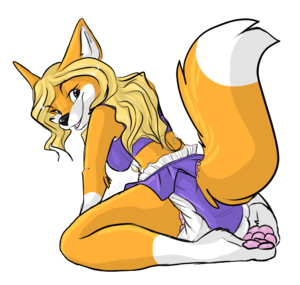 Kiki is the creator and maintainer of the DirtyFurs LiveJournal community and #dirtyfurs IRC channel on FurNet. She is also an active member of Savannimals, the local furry group in Savannah, GA. She also frequently plays Team Fortress 2 on both Southern Cross Gaming and The Furry Pound servers on Steam.