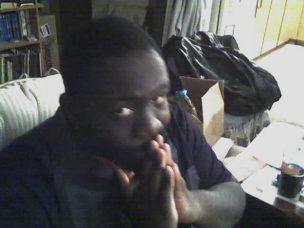 Johann-Octavius Gans (Born John Perkins) is a cartoonist currently living in the Pacific Northwest town of Bellingham, Washington, U.S.A. Though a mainstream comic book superhero fan at his core, Johann is also dabbles in the furry cartoon genre.

He is the creator of Charlienne Pygg, Tequila DelGato, and his current furry alter ego, Dodgeball Octavius, an otter. Johann has been on the fringes of furrydom since around 1999. 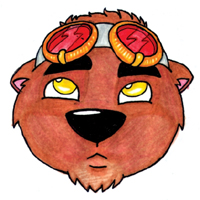 Dodgeball Octavius is the main fursona of the cartoonist Johann-Octavius Gans. He is a bisexual brown otter male with yellow eyes. He is generally seen sporting a pair of colored goggles atop his head.

A perrenial magnet for bad luck, Dodgeball has taken up the slack in terms of receiving the cartoonist's abuse from his oldest illustrated counterpart, Gonzales the Penguin. Dodgeball is a generally surly curmudgeon, but is inwardly a sweetheart.

Dodgeball was created in 2002. His own counterpart, Dodgeball Octavia (or "Fem-Dodgeball") was created in early 2005, much to his chagrin. The duo has been bickering ever since.