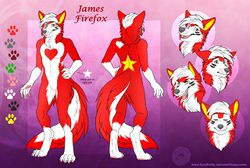 Anthony Naiboa was murdered at around 8:00 PM on Thursday, October 19, 2017. He was gunned down shortly after getting off a bus in Seminole Heights, a Tampa neighborhood. His death was the third in a recent string of murders in this neighborhood, that police believe are connected to one another. He was 20 years old.[2]

On November 28, 2017, Howell Emanuel Donaldson III was arrested and charged with four counts of murder, including that of Anthony Naiboa. He was indicted on the charges on December 7. [6] Donaldson pleaded not guilty to all charges on December 12. [7] On January 23, 2018, Hillsborough State Attorney Andrew Warren announced that the state would seek the death penalty against Donaldson.[8]

On Sunday November 5, 2017, a mural commemorating the three (later four) victims was unveiled on an exterior wall of a vacant building at 4725 N Nebraska Avenue in Seminole Heights.[9] David Lee, the mural's creator - and owner of the building - took the mural panels down on February 9, 2018, indicating he felt the community had begun to heal.[10]