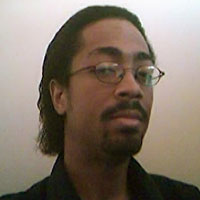 Jaie Davis is the current owner/operator of the FBC (Furry Broadcast Corp.) and Jaie Productions.

Born in Wurzburg, Germany in 1984, Jaie Davis (otherwise known as Josh) moved around as a young kid. With his parents in the US Military, he moved from Germany to the U.S.A. State hopping from Indiana, to Texas, to Missouri, and New Mexico, he is a "military brat". Though in his childhood, he picked up up skills including computer programming, multimedia design and production, and database management.

Introduced to the fur fandom by Garr, he was first known as Lone Werewolf. Later as years progressed his fursona's name changed to LostPuppy, Adonis, and now today's Jaie. However, with all his name changes, his primary fursona has always been a werewolf.

Born on March 1, 1984, in Wurzburg, Germany, Josh Davis was born to a military family server in the United States Army. After a month he was born, he was moved back to the states and resided in Indianapolis, Indiana. The next twelve years would be spent in this city where he would be brought up in United Pentecostal Church. Also during these years, Josh was introduced to computers, the world of math, and a love for programming was born.

But before he could settle down in the midwest, the military moved him and his family to El Paso, Texas. During the two and a half years here, his love for the mountains and drier climates became clear. With the help of various friends, he started to become a computer administrator and programmer. Also, his start in music officially began here. In playing in middle school bands, and writing songs, his love for percussion was sparked. It was also here that he was introduced to the furry fandom, and decided upon the name of Jaie. And then, once again, the military moved him and his family to St. Louis, Missouri. The next eight years of his life would be marked with hardships, triumphs, and major stress.

In St. Louis, his love for music further perpetuated by participating in marching band in high school, and a love for the fine arts was born. Theatre became a big outlet for Josh as he tried to find a suitable outlet for his creativity. For about 2 years he entertained people as Ms. Isis; a female alter ego that would perform drag at a club in Illinois. But as his work life started to take control, he moved back to the mountains.

He currently resides in Los Alamos, New Mexico. Being the General Manager of the city's movie theater, a local school bus driver, and station manager for The FBC, his life has taken a turn for the better. And it is there where he will possibly stay for several years until more opportunities present them to him.