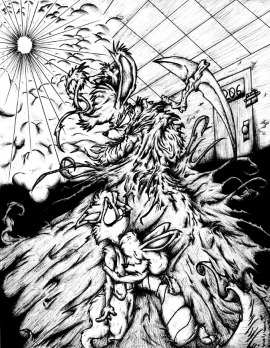 Jack is the title character of the webcomic of the same name. He is a wizened green rabbit, wearing a ragged, brown cloak and most often seen carrying a scythe. He is the Sin Wrath and it is also his job to collect the souls of the dead and lead them to their final judgment as the Grim Reaper.