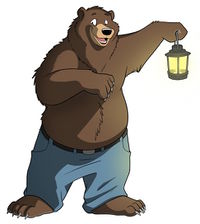 Italian Fur Haven (IFH) was a series of furry events held in the Central-North Alps area of Italy.

The idea of bringing together Italian and foreign furries, in large and small informal events, was born during a furry meeting named FurryDanno[clarify] which took place over the 2013's New Year's Eve.

The first IFH event took place in May 1-4, 2014,[1] in a building close to the city of |Castelnovo ne' Monti, in the province of Reggio Emilia. There were a total of 60 attendees, from Italy, San Marino, Croatia, Slovenia, Switzerland, and the United States.[citation needed]

The three-story building provided two large meeting rooms, one kitchen, and many bedrooms of various sizes. During the four days, various events were hosted, including special meals, outings, board and video games, disco, furry panels, round tables and a fursuit group photoshoot.

The second IFH event took place over October 4-5, 2014, in a 19th century country mansion close to the town commune of Colombaro di Formigine, province of Modena, Emilia-Romagna. The event was organized with the aid of the Facebook group Fursuit Italia.[citation needed]

It consisted of a large BBQ dinner followed by a vampire/gothic themed disco party that lasted until late at night. It sported a fursuit lounge and a little dealer's den, with a final fursuit photoshoot.

Italian Fur Haven meetings were organized by a core team which consists of seven people with different tasks: