Impressive World is a MMORPG with roots based on KovuLKD's Impressive Title. It looks to take the player, into an immersive wilderness where they can play as a canine, feline, or ursine. Explore a beautiful environment, catch prey, and roleplay in diverse settings, among other fun features!

“The world before you was not pleasant child, you must believe me when I say this. Before the land was covered in ash and flame there was another species. These human animals created a divide between themselves and nature, feeling that their intelligence was the thing that solely set them apart from you, my dear. The humans launched attacks against the Dragons of the West and were eradicated faster than the time it took for them to evolve.” 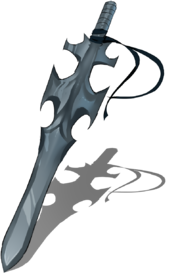 The world of Vatica has a long history full of both great tragedy and explosions of life. This world, like many others was thrusted into a violent creation. The world was covered in molten rock for many megenniums, but slowly started to cool down. Water was brought to this planet from asteroids colliding with it, forcing the surface to not only cool, but create the ingredients for life. This life slowly evolved into intelligent beings, known as humans. These humans had a hunger for discovery, but with this yearning for discovery they left destruction in their wake. They had used the resources that the planet provided to create fire, structures, and eventually weapons. With these weapons they slaughtered each other mercilessly. They hungered for power and invincibility which lead them to the caves of dragons in the south and eventually the west seeking the beasts’ heavy armored plates. The humans were, however, unprepared for what laidd in the western mountains. Driven by their strong emotions and reckless habits the human clans refused to leave their men, sending countless amounts of troops until the whole race was eradicated. Life quickly went dark again as a flaming, crystalline rock covered the planet. No being knows exactly what happened to cause this reaction, it was assumed the dragons did this as a way to find peace within themselves and among the land. But, even more mysteriously is how the rock simply slipped from the world’s surface, leaving only a crack on the southern hemisphere of Vatica.

The world still bares the remnants of humans, despite being restored. Huge monuments of stone and marble were left in open valleys and in sunken caverns. Many temples lay untouched in the high mountains of ascension, which is rumored to be the only place that was left uncovered during the time of darkness. Weapons and armor lay strewn across the vast plains. Animals have been preserved in crystals that disappeared along with the rock crust. The first ones to wake and explore the new world scavenged for these items and quickly took them as valuables. The animals not necessarily understanding the purpose for these metal pieces, but still seeking value in them. As time grew on these beasts of the land evolved to the current world, developing intellect that would be unheard of in the past. With this intelligence came the ability to determine worth of the items from the past world based on their composition.

The world is now yours to discover.~