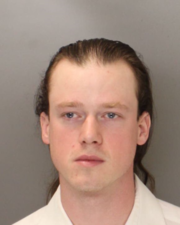 Icepaws' fursona is a snow leopard.

In late January 2017, police investigators arrived at the house of Phillip Stallsworth in relation to the alleged sexual abuse of an underage boy. Upon noticing police cars parked outside his home, Stallworth performed a factory reset on his phone, wiping its memory.[4]

Stallsworth admitted to the police that the device contained about 20 videos and images depicting him having sexual acts with dogs,[4] (later admitting during a January 27, 2017 interview that he had sex with four dogs, doing so most recently with a dog in Doylestown, Pennsylvania some three months before his arrest in February). Investigators found photos on a digital storage device that showed he had indeed engaged in said acts.[4]

Although arrested as part of the original wider child-abuse investigation, defense attorney John Fioravanti, representing Stallsworth, said his client has no involvement with those events,[4] so Stallsworth was not charged in connection with it, instead being charged with sexual intercourse with an animal and tampering with evidence.[4] He was freed on $25,000 unsecured bail and prohibited from contact with animals as the case proceeds.[4]