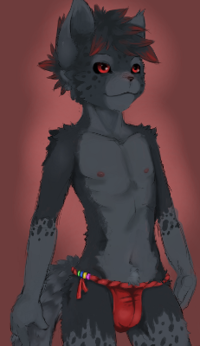 Hexxy is a furry artist and web developer from the Netherlands.[1] His fursona is a black cheetah-canine hybrid, described as "A cross between a cheetah and a canine of some kind."[2]

Hexxy was the original founder of F-list,[2] which he founded on June 2, 2009. He also founded F-craft in January 2011,[3] which originally served as F-list's official Minecraft server.