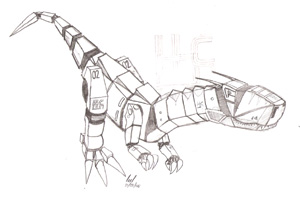 Hako Dorriker, most commonly known as Hdorriker, is a furry artist and writer specializing in Zoids and other robot animal subjects.