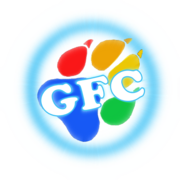 The Gay Furry Club, also known as GFC, was a SecondLife club. It was created and operated in 2009, and in control of SkunkPower Auxifur until October 2010. GFC was a non-profit and non-commission establishment. Tip Jars were available for dancers, while escorts were paid directly. All tips are 100% earned and non taxed.

The club offered a variety of entertainment than just music, such as, a lounge area, a beach, private rooms, and various sorts of games.

The club's logo was noticeable by it's rainbow colored paw print and the big GFC letters. First logo was created in 2009 by Halfshell Hero, redesigned by Andrew Chauveau, than was redone again by Halfshell Hero again in 2010.

The staff for GFC were: