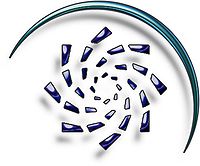 Gateway MUCK is a roleplaying MUCK. It has a sci-fi-based furry theme.

After a falling out by the current head wizards with Alynna back on Pokemon Dynasty lead to them parting in an admin sense. The four head wizards decided to try what had been working for them at a muck of their own creation. A muck where no-one, not even the head wizards is above the rules. To this end important decisions are put to a vote by the head wizards and wizards and staff. Frequent polling of the player base using the forums to gather the opinion of everyone is often used to influence decisions.[1]

Storytellers are basically players that have been endowed with some minor staff-like powers. They are charged with the responsibility of running plots and generally keeping things interesting in lower-level encounters that players may be involved in such as bounty hunting or convoy escort missions. This idea was inspired by Southern Cross

A short summary of Storyteller powers

Gateway MUCK's science fiction theme includes a number of major factions, which come into conflict with each other. Players can be from or allied with any of these major factions or independent, though it is recommended to be a faction member as it offers more opportunities for RP and advancement. The MUCK's primary focus is a Space Station known as The Sanctuary which is operated by the PanGalactic Trade Union and is touted as neutral ground for the other factions to meet and discuss their issues with each other in safety. It is also a hub of diplomatic endeavors, travel, and trade.

The general tech level is on a Star Wars/Star Trek level of feel. You have personal beam weapons as a possibility. Space travel is pretty common and easily accessible, although purchasing a ship is a huge investment in time and money. There are no transporters or replicators so you have to fly down to planets in shuttles and while there are robots and androids are uncommon but not a rare site around some of the better off ships, a majority do not have anything resembling an AI that you could potentially carry a conversation on with. Melee energy weapons (similar to light sabers) are fairly rare and akin to pulling a sword out in RL. Psychic powers exist but are generally weak or moderately powerful, only with true training and effort do they do anything cinematic like lifting vehicles or anything like that. It should be noted that the PanGalactic Trade Union holds a monopoly over 'Modern' stargates which just happens to be the fastest method of travel between systems, allowing ships without dedicated FTL engines to travel between common planetary systems without the need for extra engine and fuel overhead. Replacement body parts for damaged or destroyed limbs are available in both cybernetic and biological varieties. The major faction that deals with genetic alteration on a higher level than even this is The Genetic Imperium.

One of the key principals of Gateway MUCK is the idea that players should have a say in how the universe is designed. Players are allowed and encouraged to create all sorts of things for the MUCK's theme. So far, players have created races, sports, planets, technologies, companies, vehicle designs, and designed in game maps/rooms. For more info, click here

Gateway MUCK uses d20 Modern, d20 Future and d20 Future Tech source books as its source material for its RP System. To this end as of May 10th, 2008 the muck has used the PCGen program (Version 5121 as the most recent one causes an issue with custom source modification formatting) and is generally done by hand. The game is definitely furry-biased although Humans do exist. As well as the addition of Chakats and Stellar Foxtaurs and a number of theme elements that are generally compatible with the Chakat Universe as described by Bernard Doove. There are a vast array of customized races that some players have submitted as well each with their own strengths and weaknesses. This list of customized races are located here