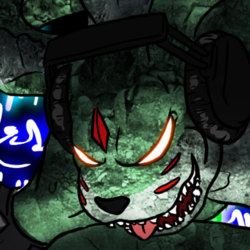 Gargami, also known as DJ Garzilla and Jay Dubeu, is an amateur DJ from South Australia, Australia. Born in 1991, he entered the fandom as a Snow Leopard in 2005, since then his fursona changed the as he turned eighteen and represented himself as a Gargomon from the series Digimon as it seemed to represent who he was as a person more better with this character. He now collects artwork of his fursona as he commissions various artists monthly. 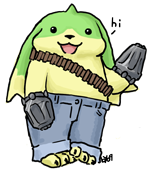 Originally finding the fandom through Therianthropy and other spiritual resources, it lead him to the online massive-multi-player game Furcadia as his first real contact to the fandom, where he stayed in contact with various friends there. It continued to 2006 where he found more of the furry-specific groups on Furcadia that introduced him to the bigger part of the fandom, introducing him to sites such as MyFursona and Fur Affinity.

He was introduced to the local South Australian Furry Community in 2007 through a contact on MyFursona. That year it also lead him to find much of the larger communities in the fandom on IRC such as NZfurs and Ozfurs. From there, he started to get involved with more projects in the fandom where he started working on MyFursona starting out as the IRC Manager and now currently the Advertising Director.

In 2008 he started work on starting up multiple IRC channels such as the small #gayfurs IRC channel on both AnthroChat and FurNet that is still running to this day with a steady amount of regular members continuing to use the channel. It turned out to be a slow year though, still known as his previous fursona and under a different name, he had not networked well in the fandom. It then came to him, that his previous Snow Leopard fursona had not fit him well, and had chosen it more for the love of his favourite animal but hardly represented him and his personality. From 2009 onwards, he went under his current fursona after some research on what fit him the best. Now, he is more involved in the fandom, contributing where he can and looking at opportunities to help out others. 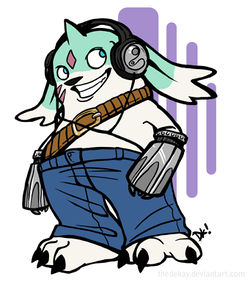 Gargami's main interest is his love for music, resulting in the progression of DJing as more than just a hobby in 2010. Slowly as he finds more gigs, he finds himself learning more about the genres he plays focusing a lot around remixes in Dance, Dub Step, Breakbeat and House music. He used to play on an internet radio show weekly named Overcast until the hosting collapsed and he found no source online to stream freely as he mixed and is still looking for a web stream to take him on. Gargami has also slowly moved into production and remixes, though still all experimental as he works with various programs. He loves getting his DJing involved in the furry community and introducing furs to other types of music.

Gargami is also slowly becoming a vivid art collector, putting a budget aside each week just for commissions from various artists such as Morgoth883 and Immelmann to name some previous artists. He has a constant love for artists of various styles and often loves both the cute and cuddly type of drawing to even some dark and morbid type works. He has a gallery on Furaffinity filled with works from many artists that's updated fairly often, to what is most viewable to anyone.