Furrygate: The Furrying is a title of an article written by Sadly, No!, a political liberal sites, that was an expose on furry fan Cigarskunk[1] that went past the political pasture, directly to the back meadows of the Furry Fandom. WikiFur, Fur Affinity, et al were exposed and discussed by both political blogs[2][3][4][5][6] and fandom watcher sites.[7][8][9][10]. 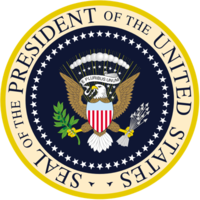 On May 26th, 2008 (Memorial day), in a speech in Las Cruces, N.M. Senator Barack Obama told the attending audience about the deed of his relative, U.S. Army Pfc. Charles Payne, who, while serving with K Company of the 355th Infantry Regiment of the 89th Infantry Division, was with, in his own words:

Problem was, the Auschwitz-Birkenau camp complex was actually liberated by the 322nd Rifle Division of the Red Army on January 27, 1945, while his great-uncle's unit helped with the initial liberation of the Buchenwald concentration camp, specifically the Ohrdruf camp, one of the subdivisions of Buchenwald proper.

For this geographical memory lapse, he was taken to task by several groups and individuals, specially members of the Republican Party and Conservative political blogs. [12][13] 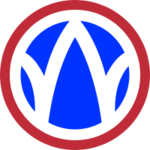 One such blog, Sweetness & Light, went further with this criticism, actually challenging the existence of the senator's uncle.[14] One of his "correspondents," Cigarskunk, accused Obama of "lying about the service of family members to further their political agendas" during an email exchange between him and WWII veteran Ray Kitchell, webmaster of the 89th Infantry Division website:[15]

Several liberal blogs felt this was an inappropriate way to address a WWII veterans group,[17][18][19][20] resulting in a quick online search on Cigarskunk.[21]