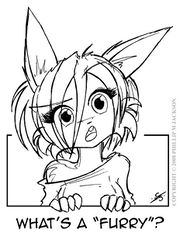 The word furry (adj, f'eree[citation needed], Spanish: furro), has several meanings, dependent on the context in which it is used. Predominantly, it means "consisting of or resembling fur".[1] It also pertains to an interest in anthropomorphic animals and/or mythological or imaginary creatures which possess human or superhuman capabilities. 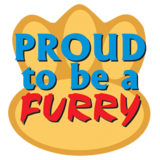 Interest in anthropomorphic animals and/or creatures can be as simple as the many popular furry cartoon characters, known as funny animals. These may include Bugs Bunny, Tony the Tiger, Sly Cooper, Star Fox, etc. However, someone who merely happens to like these characters is not necessarily a furry; the degree and nature of one's interest are relevant here.

To some furs, the sexual attraction to anthropomorphic animals is a part of what makes them furry. This is a topic of much controversy, as it has been the subject of early media attention (such as that from Wired Magazine and Vanity Fair), leading to its becoming a common stereotype of the furry community at large. This has spawned a few groups in response (such as the Burned Furs) with a desire to discourage this angle or create a clear distinction between these furries and the rest of the community.