A.P.S. Furizon is an Italian no-profit association and an event of the same name held annually in northern Italy since 2015. The group also handles the management of other minor events on the Italian territory. Currently, Furizon promotes and organizes an annual convention and a series of smaller fur-meets called Furizon-Riverside

The event is characterised by the choice of a location surrounded by nature and its outdoor activities. Furizon also offers activities such as themed group games, DJ sets and culinary competitions, taking advantage of a totally self-managed hosting facility during Fur-meet. With the organisation of the first real convention (June 2022), the Furizon Association uses managed hotel facilities and offers many activities during the convention, which are constantly implemented and improved also thanks to the advice and cooperation of the participants. Guaranteed activities during the convention are generally: panels, Dealers' Den, live DJ / DJ sets, Fursuit Lounge, Artist Alley and more. 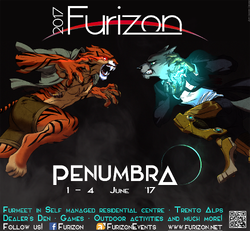 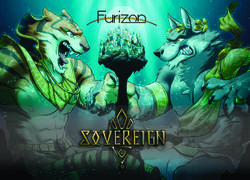 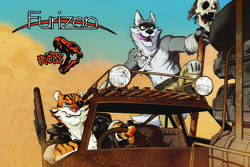 The first edition of Furizon was held between April 30 - May 3, 2015. It drew 31 attendees and hosted a culinary contest named "Masterchef Furizon" - referring to the popular TV show - a film projection, a DJ set and a small artists workshop. It was also given to the attendees the possibility of being photographed in a professional-quality portrait setting. 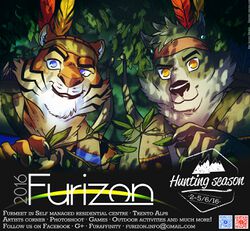 The second edition of Furizon was named "Furizon - Hunting Season" and was held June 2-5, 2016.[1] It drew 30 attendees and for the first time a theme and related activities were given to the event. The chosen theme was a tribal setting with the mixture of totemic and spiritual elements and related lore, in which attendees who agreed to participate in the games were split into five teams. The culinary contest was replicated as a group challenge and a nocturnal outdoor game, in which it was proposed that the teams had to solve a riddle and hunt their opponents, capturing their "scalps" by reading a word put on each hunter forehead.

The third event took place at the same location from 1-4 June 2017. In this year Furizon was called "Penumbra". There were at least 55 attendees, including 12 fursuiters.[2]

No change of location for the fourth edition of Furizon's Fur-meet called Sideralis from The maximum number of places offered by the location was reached, registering 60 participants, 14 of whom were fursuiters.

The fifth edition of Furizon, called "Furizon Sovereign", took place in San Valentino, TN (Hotel Sole Del Baldo), from 29 May 2019 to 2 June 2019. A subsequent evening with aperitifs, music and an art show, "Furizon Midnight", was to be held November 2 in Lucca, but had to be cancelled when Civil Protection took over the intended room and bad weather was predicted, making the intended fursuit lounge untenable.[3]

The sixth edition of Furzion, entitled "Furizon Riots", was canceled due to the COVID-19 pandemic.[4] It was then rescheduled for May 28-June 1, 2022. As planned, thanks to the normalization of the Global Pandemic situation and in observance of current regulations, the staff of A.P.S. Furizon managed to organize at their first real Convention in a Hotel in the city of Cavalese (TN). The event gathered, for the first time in Italy, 135 participants also from the Czech Republic, Slovak Republic, Poland, Germany and the United Kingdom. the first non-self-organized event organized by the Association with the collaboration of the staff of the Park Hotel Sacro Cuore and with the participation of some authorities of the city.

From 2018, the organisational staff decided to improve the reality of Furizon by founding an association. The Furizon Social Promotion Association (A.P.S. Furizon) has become an autonomous non-profit association legally certified in the Italian association register. The founding of a board of directors and the election of councillors has greatly enhanced the efficiency of management and internal organisation in order to create more complex events with more and more participants.