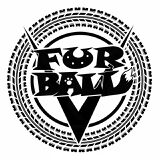 The Furball Run, founded by AK and Jasper Foxx,[1] is a non-profit two-way road trip from Maidstone services on the M20 in the UK via the Eurotunnel to Eurofurence in Germany, and has been held annually since 2008. Participants are known as "Furballers", and each driver choses a number for their vehicle (sometimes with a mysterious significance known only to them). Organisation of the event was handled by Jasper Foxx until 2012, when Ravell took over as organiser.[2]

The outward and return journeys are both spread over two days with overnight stops. For the first two years of the run, when Eurofurence was held in Suhl, the return journey also included a trip to the Nürburgring, where the drivers involved could test out the speed of their vehicles on the track.

As of 2018, The Furball Run title and rights were handed to Motorfurs UK

All Furball Run members are given a handbook, and can purchase a set of stickers that can be placed on their vehicle for the journey or kept as a memento. The design changes each year to make every Furball Run unique and memorable, and are sometimes designed to correspond to the Eurofurence theme. 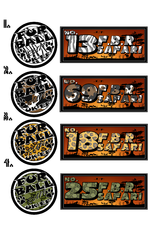 Most of the artwork for the Furball Run has been designed and created by the co-founders and the artist Shadster. The main sticker design is based on the Gumball3000 design, in tribute to the famous motor sport event. Since 2009, there has been a secondary vehicle sticker. For 2009, the shape was based on a baseball flag, designed by AK. Even though the stickers proved tricky to place on the vehicles, they were favoured by many of the Furballers who participated.

For 2010, the Furball Run made its way to Eurofurence 16 at its new location, the Maritim Hotel Magdeburg, Sachsen-Anhalt, Germany, where the convention's theme was 'Serengeti'. A corresponding theme of 'Safari' was chosen for the Furball Run design, with each driver being given a sticker customised with their own choice of vehicle number.

(*) Subject to confirmation by the organisers

Because of the multiple driving styles and types of cars involved, the "convoy" had often ended up with individual cars racing on ahead, then having to wait at various stops along the way for the slower vehicles. In an attempt to keep the cars together and make it more of a group event, a "Time Trial" system was proposed for 2012. An average time travelling at 60mph was calculated for each section of the route. Each car would have been given a GPS data logger to record how long it took to complete each section, with "points" being gained or lost depending on how close the vehicle's time was to the calculated average.[10] However, due to vocal opposition, this idea was later dropped. [2]

In 2018 the ownership of the Furball rally was passed to Motorfurs UK. There are plans underway for a 2020 revival with details to be announced in the near future. It is being organised by Mauzer [11]