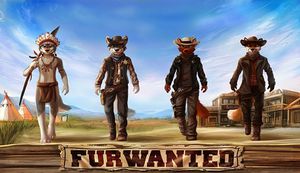 The first precursor to FurWanted was a meeting in Pullman City in 2010, with only two attendees.

In June 2011,[1] another meeting was held, with six attendees (none of them fursuiters).

Darcus organized a further furry meeting in July, 2012.[1]There were 10 attendees, including the event's first fursuiter.

In 2014, Darcus and his girlfriend Shade (as second organizer) gave the convention the official name "FurWanted", and created a website for it.