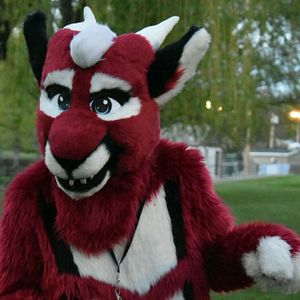 Foxfyre Recluse (born November 25),[1] also known as Pom, Pom III or Pom the Puma Dragon, is a fursuiter, tailor and voice actor who lives in Salt Lake City, Utah, USA,[2] and was originally from Las Vegas, Nevada. He was formerly an admin for the Utah Furries.[3]

Foxfyre Recluse is most well known for his main fursona, Pom, a maroon puma-dragon based on the POM Wonderful pomegranate drink. The character originally belonged to Bongo Kat, who also created the fursuit on November 16, 2011. Foxfyre is the third owner of the suit and was previously known as Pom III.