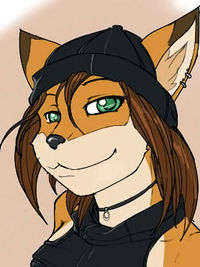 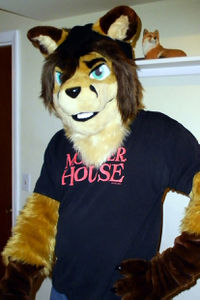 Foxer Jay Boxer (also known as Foxer the Boxer, typically just Foxer)[1] is a fursuiter and screenwriter whose fursona is an anthropomorphic red fox. Foxer's fursuit was built by Wolfbird.[2]

Foxer was originally from Alabama, United States, and now lives in Orlando, Florida. He has been an active member of the furry fandom since late 2001.

Foxer has attended a handful of conventions, including Megaplex and Furloween. He continues to keep an active lifestyle.