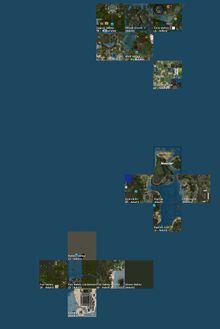 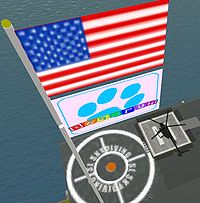 The Fur Valleys (often known as "The Valleys") are a group of island simulations (also known as "regions" or inaccurately as "sims") within Second Life. The Valleys in Second Life are located in the southwestern area of the grid.

The first region in this chain, Fox Valley, was created as a private island in November 2005 by RedFox Costello in order to form a furry area apart from Dreamland, due to a difference of opinions between RedFox and Anshe Chung. In 2006, Kithylin Perth ordered 2 sims(Wolf Valley & Tiger Valley) which were attached to Fox Valley, creating the heart of the Valley continent. Wolf Valley was sold to Mako Minogue in June of 2006(It continues to be primarily a residential region featuring a beach hangout, an art gallery and Bunny Brewster's "Bunnythedral", which is one of the oldest builds in the entire continent), Tiger Valley was sold to Foxkin Impfondo, and Fox Valley remained with Redfox

At the height of its creation, the Fur Valleys contained 44 regions furs could explore and enjoy. In 2009, Jack Linden increased region prices, eliminated the Non-Profit break, and had all void sims converted over to either homesteads or open spaces. This led to a checkerboard pattern as the change forced several regions to go offline, and in some cases created islands stranded out in the middle of nowhere. Region prices have since been reduced. As of 3/10/2017 all regions owned by Foxkin have been taken offline due to his death in February 2017.

Around 2019 the valleys started to resemble two continents consisting of Redfox's Fox Valleys to the south, and what was left of the original valley sims to the north. Sometime in the middle of 2019, Serenity Woods moved away and joined the FOX regions. Around this time six regions showed up to form a middle continent. These regions do not have Valley attatched to them. They are: Evershift, Monster, ZigZag, Rapter Isle, and Cheetopia. Evershift is a roleplay region and Rapter Isle is a sandbox. Monster mysteriously went offline and has remained so as of 12/2020. Around March 2020 Vixen Valley showed up at the end of Fox Valley Forest and is owned by Redfox Costello.

This is a condensed version

All attempts at restoring the original 44 valley regions in other virtual worlds have failed and are no longer discussed.