FinFur Animus (commonly known as FFA) is a furry convention held in the hotel Gustavelund in Tuusula, Uusimaa, Finland.[1]

FinFur Animus is the continuation of the FinFur Summer Camp, which ended in 2014 after a demand for a bigger annual convention.

The Roolipeliyhdistys FinFur Ry Organization was started by the Core Staff (Slvwolf, Randon Wolf and Kisu) during mid-2010, and continues to host furry events in Finland. 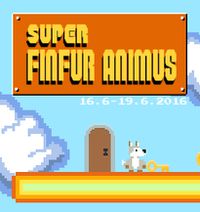 FinFur Animus 2018 took place between 12-15 July 2018.[10] The convention's theme was "Tail Chronicles" and it had 152 pre-registered participants. Room spots practically sold-out in the first half-hour after the registration opened.[11] 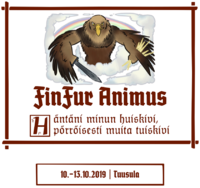