Encyclopedia Dramatica, also known as ED, is a reference-style parody and satire wiki and acts as a central catalog for drama, memes, and other (Mostly Internet-based) people and events that its members find interesting or "lulzy".

Encyclopedia Dramatica (originally also known as encyclopediadramatica.com) is founded by Girlvinyl in December 2004 as a compendium of internet personalities, events and memes in response to the deletion of the Mediacrat vanity page on Wikipedia,[citation needed] created by LiveJournal e-celebrity Jameth (who used to be an honorary administrator on the site.)[citation needed]

On October 1, 2014, the encyclopediadramatica.es domain ceased functioning,[9] and on October 6, Encyclopedia Dramatica returned to its .se domain.[10] 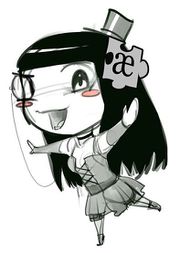