Dracula is a webcomic adaptation of Bram Stoker's novel by Tod Wills, featuring a cast of anthropomorphic animals.

Dracula began as a short project on Yerf in 2003. Strip number 347 was released in May 2010, after which production faltered. On February 20, 2012, Wills confirmed that the project was on "indefinite hiatus".[1]

Jonathan Harker - Young solicitor - a coyote. Sent to Transylvania by his employer to conclude the sale of Carfax Abbey in London to Count Dracula. Originally portrayed as a fox to symbolize the cunning necessary for his profession, his species gradually shifted during the course of the comic to a coyote. He is the first in the story to encounter Dracula, as his guest and then prisoner, and the diary he kept of his horrifying experiences in the vampire's castle and his harrowing escape prove helpful later on to Van Helsing's pursuit of the Count. Engaged to Mina.

Wilhelmina "Mina" Murray - Assistant schoolmistress and Jonathan's fiancee - a lynx. An intelligent, independent woman, Mina is sometimes cited as the most reasonable and level-headed character in Bram Stoker's story, which is particularly notable given its time period. Despite the best efforts of the men to protect her, she becomes caught in their intrigues against Dracula. Has taught herself how to use "new" inventions such as the typewriter and becomes the organizer of the various letters and journal entries of the group. Best friend of Lucy. Engaged to Jonathan.

Lucy Westenra - Wealthy young woman and Mina's best friend - a mouse. The object of affection of three of the eventual hunters of Dracula: Arthur, Quincey, and Dr. Seward, all three men propose to her on the same day. She chooses Arthur, lamenting the fact that she has to break the hurts of her other two suitors to do so. Portrayed as a mouse due to her frail nature, which becomes all the frailer after she contracts a mysterious, wasting sickness...

The Honourable Arthur Holmwood - Son of Lord Goddalming and Lucy's sweetheart - a ferret. A true Victorian gentleman, Arthur is delivered some of the heaviest blows in the course of the story. But as Van Helsing tells him, "will have to pass through the bitter water before we reach the sweet." Close, longtime friend with both Quincey and Dr. Seward. Engaged to Lucy.

Quincey P. Morris - An American friend of Jack and Arthur - a hound. A Texan from a rich family, Quincey's accent is a source of amusement to the rest of the almost exclusively British cast, and he often exaggerates it as a joke. One of Lucy's suitors, he does not begrudge his longtime friend Arthur for winning her hand. Handy with a knife and a gun.

Dr. Jack Seward - A doctor, running a private asylum - a skunk. A gifted man, Dr. Seward owns and runs his own private asylum at the young age of 29. An introverted and quiet man, he obsesses over Lucy's rejection of his proposal in his private journals and tries to distract himself by studying the bizarre case of his "zoophagous" patient Renfield. Taught by Van Helsing, whom he turns to for help in diagnosing Lucy's mysterious illness.

Prof. Abraham Van Helsing - A specialist in rare diseases - a raccoon. An expert in practically every esoteric field of knowledge on the planet, Van Helsing is the first to realize the true nature of Lucy's disease. His knowledge is their only hope against the darkness, as he becomes the mastermind of the conspiracy to eradicate the evil of Dracula forever.

R. M. Renfield - Curious lunatic under Dr. Seward's care - a rat. A madman possessed of a bizarre need to "acquire lives" by consuming them, Renfield is Dr. Seward's most unusual patient. At times completely sane, at others raving incomprehensibly about immortality and the will of "the Master," he provides a much needed distraction from the doctor's heartache. A not entirely willing thrall of Dracula. 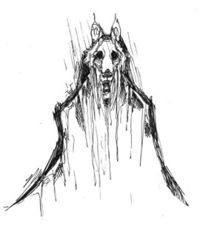 Count Dracula - Undead Transylvanian warlord - a wolf. Born Vlad III, Son of Dracul (the Dragon), called Ţepeş (the Impaler), Dracula was a feared warrior prince in his lifetime. He was also a lover of knowledge, seeking advancement in all of the fields of knowledge available to him in his day, and studying at the mysterious and feared Scholomance. The Scholomance has not been clearly identified; however, it is believed to be some unknown power or mysterious object. How he came to be among the undead is unknown, but his vast knowledge and power make him the most dangerous of their number. It is believed he arouse from the dead out of pure anger to get revenge on those who killed him in a war. In the first parts of the comic, it depicts one of his heroic exploits before his mortal death. In the end, he was caught, beheaded, and his head was impaled on a stake. It is unclarified how he came back in one piece as a vampire.

The Brides of Dracula - Three female vampire minions - a mouse, a fox and (ironically) a bat. Three past loves of Dracula's past turned monsters as he is. They serve their master loyally though can be a little disobedient when the matter of blood is involved. Still they fear him enough to obey his commands. Dracula imposes strict punishments if they disobey him. His love for them diminished over the years during the time he became a vampire.