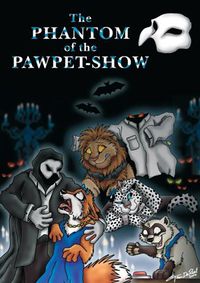 Lionel, Mika, Lori and Poke travel to London because they won four tickets for an opera visit. However, none of them knows who took part in the contest, and during the show they witness even more strange experiences, meticulously planned and watched by the Phantom of the Pawpet-Show. The old storyteller in the sewers below the opera house might know more about this ...