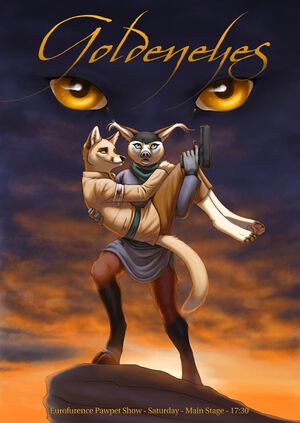 The sixteenth DoPE show, performed at Eurofurence 22, was titled "Goldeneyes".

The plot given in the show's promotional flyer read:

Fox Amoore composed an official soundtrack of this PawPet show both on cd and digital download.[1]