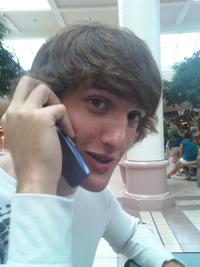 Daylo, previously known as TheFallOfJordan (born November 29, 1991), is a fursuiter who resides in Richmond, Virginia. U.S.A. His fursona is a tan and white Key deer with black-tipped antlers.

Dyalo's former name is derived from the band "The Fall Of Troy", and with "Troy" replaced with his own name. His newer is the offspring of his love for deer and Halo.

As of 2012, Daylo is a student at Virginia Commonwealth University, studying Mass Communications with a concentration in Public Relations. On May 20, 2009, Daylo began dating Sira Iceshine, a dire wolf shapeshifter. They met in the same high school and attend the same college.