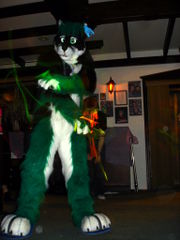 Da-Fox, in his second fursuit, dancing with glowsticks. 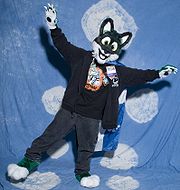 Da-Fox is a fursuiter from Quebec City, in Canada.

Da-Fox got into the fandom in 2007 by looking for pictures on Google for a school project. He found VCL furry art and discovered anthropomorphic animals. He immediately got interested in those characters and did some further research about furries and fursuits. By looking on YouTube, he found Autumn Vixen and Jaeger Fuchs. 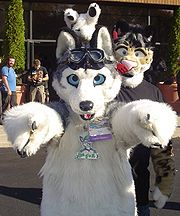