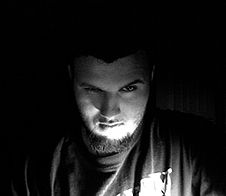 A picture of Crowchild taken in late 2006

Crowchild is a video game developer and artist from Long Island, NY and founder of HTH Studios (formerly Pendragon Entertainment), and is the creator of the adult furry video games High Tail Hall and Red Light District. Crowchild is also the creator of most of High Tail Hall's characters including Rio, a wolf/fox hybrid character who will star in HTH Studios Presents: Rio, a full-length animated DVD project that has been in production since 2006, though public showings of its current production state are rare.

His new site has been extensively updated since February 2011, but most activity occurs on his Fur Affinity account. According to several posts on his Fur Affinity user page, he has failed to deliver on several pre-paid projects. Since reappearing in February, some of these commissions have been completed.

Crowchild is best known for the creation of a series of adult Flash and Unity Engine games titled High Tail Hall, with the Unity Engine version to be re-branded as New Cyana in the future. He gained massive exposure in late 2004 when he launched High Tail Hall 1.5 directly onto Newgrounds flash portal. Since then, High Tail Hall has gained over 8 million hits.

High Tail Hall 2 undergoes periodic updates and expansions, the newest is a second incomplete revamp of the original game this year and has new characters and locations, but remains in production as of 2018, with very few updates currently being made as of October 2011. The website which hosts the game, HTHStudios.com, was down as of 24 December 2011, with progress being demonstrated on LiveStream; but it is up as of May 2013.