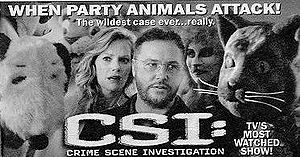 In August of 2003, the producers of CSI approached Dark Fox (Sabre Fox), who was then head of the SoCalFurs Yahoo! Group, inviting local furries to participate as extras in the already-scripted and in-progress episode "featuring" the furry fandom. Dark Fox made an optimistic post to the mailing list, suggesting that furries might be able to finally contribute to portraying the fandom in an accurate, positive light.[1] Much discussion was taken up about the positive and negative consequences such an episode would bring to the furry fandom.

Yet another post described Dark Fox's frustration with the impending negative consequences that the CSI episode would have on the fandom's image, including the feeling of futility in dealing with the unmovable objectives of the director and producer.[5] Moreover, he received many "weird" emails. While most seemed supportive, he cited his concerns about being blacklisted for his efforts. Fearing retribution, he posted a public comment on Flayrah, explaining his hardships. [6]

The episode's convention scene was shot on September 15th of 2003 at the Valencia Hyatt in Valencia, California. Though the view of most local furs was cautious, about 10 chose to participate as extras. Others were held back at the studio gate reportedly due to payroll concerns. Most of the furs were in normal street clothes, wearing the occasional ears and tails; However Vircoo's fursuit Java, was featured prominently in a scene. 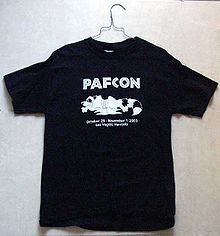