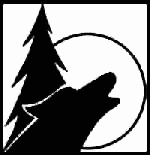 WikiFur News has a related story:
Conifur Northwest cancelled for good; assets given to All Fur Fun