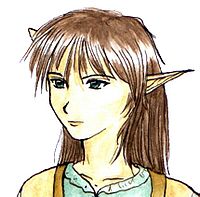 Ria Amakiir (born 1983) is a moderator on Eka's Portal and Eka's Chat under the name Chain (Highwind). It was planned for Chain to be the main character, but soon Ria appeared and got quite popular, so nowadays Chain is only used for special ocassions; and as a personal profile. Over time, many other Alts have developed, of which some interesting ones might end up here.

He is good friends with Amanda.

As the profiles at ETA (Eka's Chat) got too limited, Chain has developed his own profile management platform, called VoreOnlineProfile. Version 2 can be considered legacy, with Version 3 still in Beta but very usable at the moment.

Also, as part of VOP2, a chat log viewer is available, which is heavily used on Ria's Profile (for Journaling), but can be used for quite anything. It is aimed at displaying/saving a scene for later reading. It was the first log viewer ever appeared for ETA, others are now available. 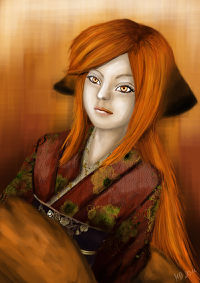 Chīsana-hi (or also called Chihi, in Kanji 小さな火; rough translation: little flame), is a one-tailed Kitsune. He is an alt of Ria_Amakiir, or in Person ChainRia. Basically one could say, he's the "fox'ish" side.

Right now, his only appearance is on a german roleplay called Die Serenity, on the also german role-playing portal called WorldTalk. However, more is planned, as the person behind him intends to broaden this alt. As of October 2012, he is not anymore of the ship and most probably not part of the crew anymore. He instead lives in Valinor, which is the land of the Elves. He has been granted citizenship there and also considers it his home. He even found work there! Right now he is building his own workshop, he got the idea he could be a quite unique glass blower. Which he surely will be, given a Kitsune's powers paired with the ability of his primary element, fire!

His age is yet unknown, but of course, he is old less than a hundred years (estimates range from 0 to 34 years).

As there is only one single apperance, not many people know about him. However, there is one contact which should be mentioned: Kuni-no-hāto. She is a three-tailed Kitsune, and quite everything in one for him: Older Sister, Mentor, best Friend. Although recently she decided he should make his own decisions (and therefore not actively mentoring him anymore) she is still there for him as a sister and friend.

As a Kitsune, Chihi possesses the powers common to all of them. His mastered, primary, and for now only, element is that of Fire.

As of now, the following powers could be seen: