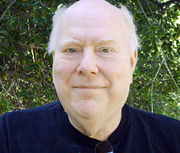 CatFX was born in Wales to American parents. Cat worked in show business,[clarify] and became a Shinto priest (a Kannushi) after having lived in Japan for much of his life. He was a marine geologist, with a strong background in History and Science.

One off his life goals was to build a Shinto temple to Kamineko.[clarify][citation needed]